All the news, as it happens 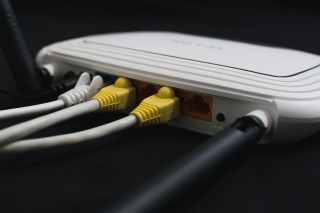 The "secure" Wi-Fi standard has a huge flaw making millions of people at risk, including you! WPA-2 is the defacto standard security protocol for wireless devices like your phone, and router. If you have ever set up a Wi-Fi network you will have ticked the WPA2 box, either by default, or by recommendation. 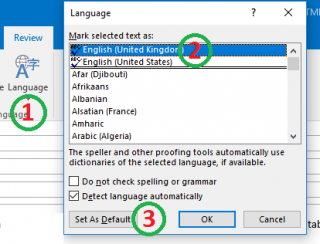 This is very easy to do and will only take you but a moment:

Office 2019 was announced on the 26th of September during Microsoft Ignite at the most recent TechEd event. New features were advertised and improvements to PowerPoint and Excel were revealed. We predict that Office 2019 will include a few or even many features of EMS, Microsoft Enterprise Mobility and Security.

Buying New Hardware? What To Look Out For: 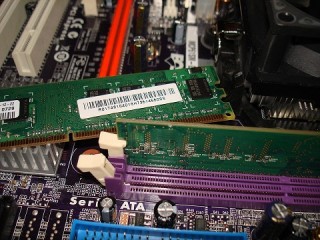 If you're buying a new PC or laptop for the first time in a while, then you may need to look out for a few things. Buying online from "Build your own PC" websites can seem like a daunting task if you're not used to them but you should also be aware when buying in store.

Phishing And E-mail Spoofing, What To Look Out For.

Phishing is one of the most common and consistently used forms of online scams. These scams target users and attempt to find out their personal data. This kind of personal attack is based on deception, much like many real-life scams and frauds. Often no viruses are used and it all falls to the fault of the user, which makes them particularly dangerous.

What Is A Smart Office? 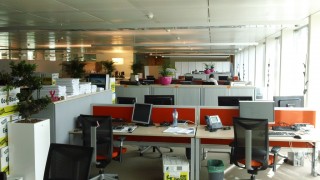 With the idea of having a "Smart Home" becoming ever more popular, many businesses are looking to modernise their offices into "Smart Offices". The level of convenience at home that is created by products such as Google Home and Amazon's Alexa makes many wish for a more automated and up to date working environment. In a 2016 Study by Dell more than 50% of employees questioned said that they expect to be working in a smart office in the next five years. 82% of millennials questioned in the same study said that the level of workplace tech influences the chance that they'll take the job. So what is a Smart Office and how does it have such an effect?

How To Make Your Window's 10 Machine Faster

Windows 10 is a great operating system for both personal and business use. But if you are using an older machine or even one upgraded from Window's 7 it may slow down over time. The more software, documents, images, etc. that are added onto your machine the more weighed down it will become. If you want to try to avoid buying a whole new machine, then follow this guide on simple tips and tricks for how to improve your computers performance.

Last month, Microsoft announced that there was a "significant" step for the update that will allow you to collaborate with your co-workers on Excel, in real-time.

Windows Vista End Of Life: When? And what does it mean? 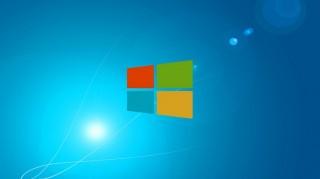 For every operating system there comes a time in its life where Microsoft deems it too old for continued support. This is called "End Of Life" (EOL) for an operating system. Operating systems often last a very long time, compared to the average computer and so you may find that even after a new OS has been released you still prefer your older one. This is perfectly fine but after two or three operating systems have been released since the release of your currently used one, then it may be nearing its EOL.

Is this the new Business Contact Manager (BCM) for Office 2016? 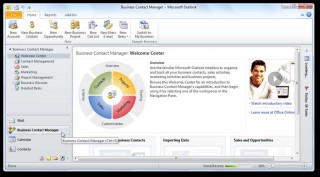 What is PCI Security and why is it important? 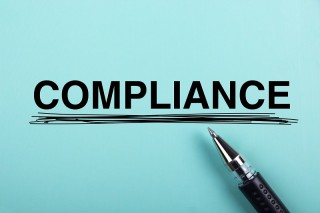 Payment Card Industry Security is an essential for any online business that uses any kind of debit or credit card to make transactions. The PCI Data Security Standard (or PCI DSS) is a standard for companies that handle (or store) customer credit card details and bank details. In this blog we will explain the benefits of PCI DSS and how you and your company can reach the standard.

What Is Cyber Essentials and How can I get secure? 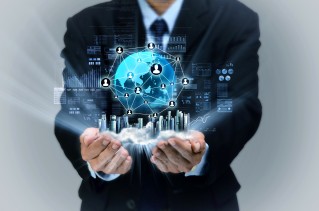 The Cyber Essentials scheme was set up by the government and a group of cyber security experts to help many small to medium sized companies become digitally secure against 80% of known cyber threats. In this blog we will explore how Cyber Essentials could help your business, point you to several ways of implementing it, and suggest other things you can do to make your network secure. 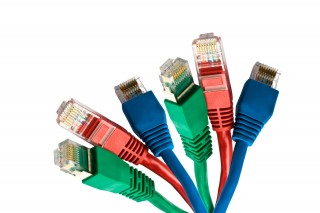 Microsoft has released Windows Server 2016, but what's new? What's been improved? And what hasn't? Hopefully this overview will give you an idea of if it's worth the upgrade or not. 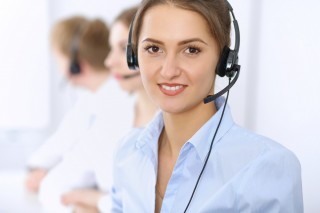 Voice over IP (VoIP) telephony has been gaining traction for some years now, but many businesses have yet to take advantage of SIP trunking, a technology essential for the full realisation of the benefits of VoIP and other tools.

SIP (Session Initiation Protocol) is a communications protocol designed specifically for multimedia communications running over Internet Protocol (IP) networks, such as the typical company network, and the Internet itself. It is most commonly used to underpin VoIP, video call and instant messaging applications.

With the end of the final TV debate of the 2016 US election, what is left that could change the results of the November vote? Analysts claim that Facebook’s "I Voted" button could have a potential influence over voter turnout. The so-called "Voter Megaphone" allows you to show that you have voted and see if your friends on Facebook have also voted. But by how much could it change the Presidential race in the US and its polls? 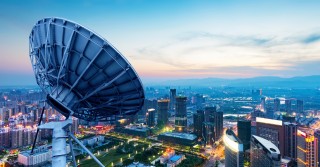 A recent study finds that one quarter of law enforcement websites based in the UK have a weak connection and could be prone to hacker interception.

How Serious Is the Latest Yahoo Hack? 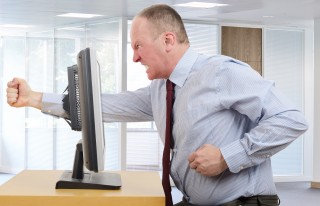 Millions of people have recently found out that they not only have a Yahoo account but also that it has been hacked. Many large companies such as BT use Yahoo to base e-mail accounts for their customers. Anyone with an email address ending with "@btinternet.com", "@btopenworld.com" or "@talk21.com" could have been indirectly hacked and their details leaked.

"Without the superb help I recieved from Justin and Andrew at Bongoit, I would not have been able to regain ownership of my businesses online presence."

"6 months ago a contractor who worked at my family business attempted to steal it from me. By the time we caught him out and involved the police he had stolen our domain name, goode review account authority, controlled a website in my business name and was passing himself off online as the business owner. This had a devastating effect on my customer retention and the ability for prospective customers to even find my phone mumber.

Without the superb help I recieved from Justin and Andrew at Bongoit, I would not have been able to regain ownership of my businesses online presence. At every stage they were key in providing the help and support I needed. No matter how busy they were, what time of day or how little notice they recieved, they were there, on the phone and ready to talk my solicitors through aburdly complicated internet/legal jargon and provide expert testimony that without doubt was the deciding factor ond turned the tide.

5 stars is not enough.

Use BongoIT if you need help.

Is Lenovo Trying to Restrict Their Users? 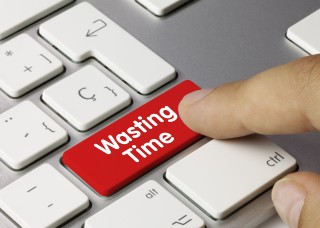 In recent reports it has been found that the Chinese tech company Lenovo has made their most recent batch of laptops locked into Windows 10. Many have suspected that they had a deal with Microsoft but Lenovo has denied this. This, however, is not the first time Lenovo has tried to constrict what user are able to do on their hardware.

The Supposed Deal With Microsoft.

A Lenovo spokesperson claimed the Chinese giant "does not intentionally block customers using other operating systems on its devices and is fully committed to providing Linux certifications and installation guidance on a wide range of products". The accusation originated from a Reddit thread. The thread accused Lenovo and Microsoft of locking the operating system onto the laptops at a firmware level. Lenovo stated that the lock was a storage driver compatability failure and not a feature."Unsupported models will rely on Linux operating system vendors releasing new kernel and drivers to support features such as RAID on SSD," the spokesperson staited. This meant that if you want to install Linux, you need a kernel with the required SSD driver. The issue could be simply that the latest kernel for Linux RAID has a small bug that creates a huge problem. The affected models include the "Yoga 900S" and the "Ideapad 710S". This does not bode well for Lenovo's already shaky record of unnecessary firmware additions.

In August Lenovo sold laptops with that came with free crapware already installed. This included free demos, unnecessary Microsoft programs and other things that clog up your storage space. The software itself was attached to a BIOS function which detected if any of the crapware is deleted and then reinstalls them for you on the next boot up of your system. The way that Lenovo had created their BIOS for the laptop range was with a WPBT that allowed manufaturers to add their own programs and drivers to your operating system.It was also designed to help prevent corruption by running executables on boot-up. This, however, gives companies like Microsoft a free backdoor to implant free, unremovable, demos and software. This idea of implanting information into the operating system was supposed to be used by anti-virus programs. The idea being that that protection programs could delete viruses that had placed code into the BIOS of your system. But the advertisement of major companies beat any hackers that could figure the vunerability out. But that's not all, Lenovo also sends a moderate chunk of statistics back to their databases in China.

Will Lenovo clean up their act? Or will they continue their scheming ways with Microsoft? We can only wait and see if history repeats itself once more with Lenovo.

The Free Tool To Prevent Ransomware 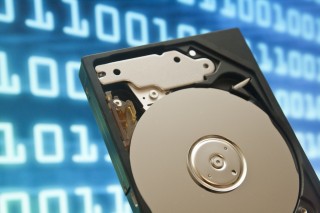 This handy piece of software allows you to block almost all ransomware - including the dreaded cryptolocker.

This invaluable piece of software, now given to the public for free, can clean up and prevent most malicious attacks that come in the form of ransomware. The "Cryptolocker Prevention Kit" was only given out to paying subscribers but now it's available to all. It is not something that can replace your anti-virus but it is a usefull addition to your PC's defences. The kit boasts an "article on cleaning up after infection but more importantly materials and instruction for deploying preventative block using software restriction policies". This means that if your computer gets infected by something that is trying to modify existing software it will be blocked from your machine and placed into quarantine.

The SMBKitchen Crew and Third Tier staff had origionally made this program only available to paying customers. But due to the rapid spread of the virus, the producers made it available to everyone. Click here for the download page.